This year is the best bloom yet for the 'Sugar Tyme' crabapple... 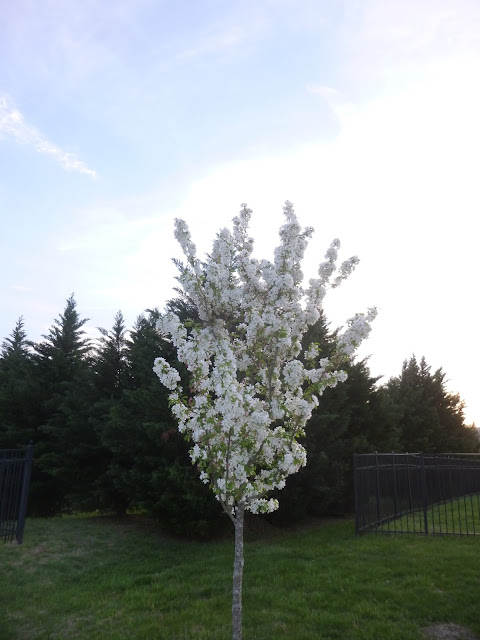 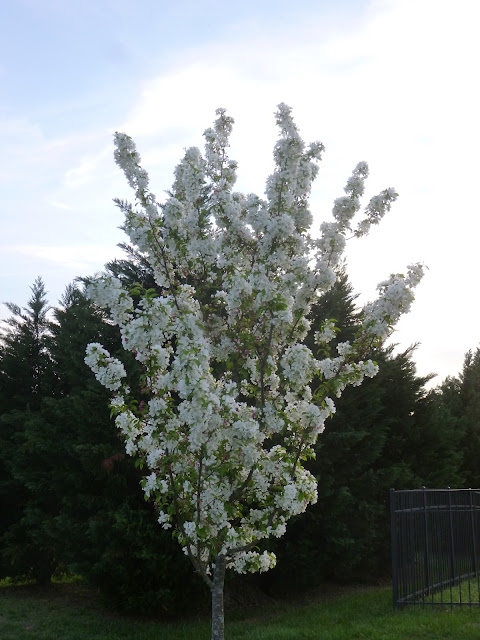 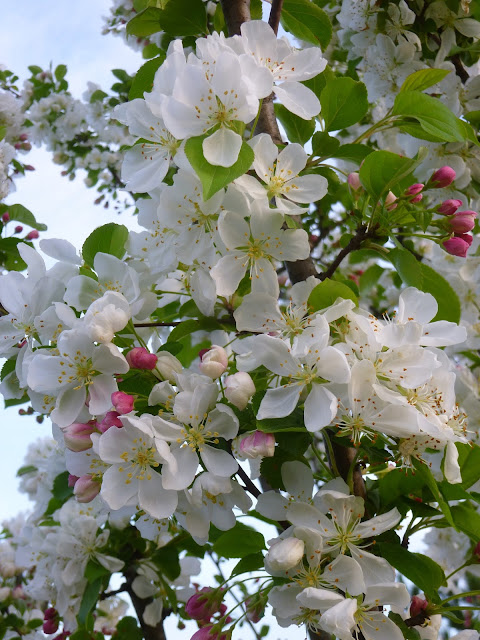 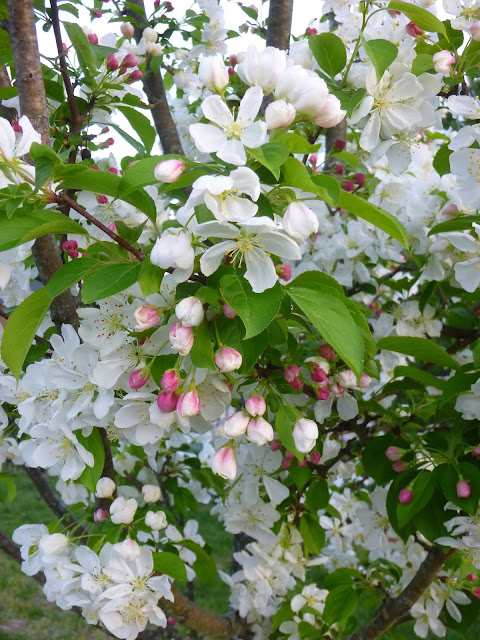 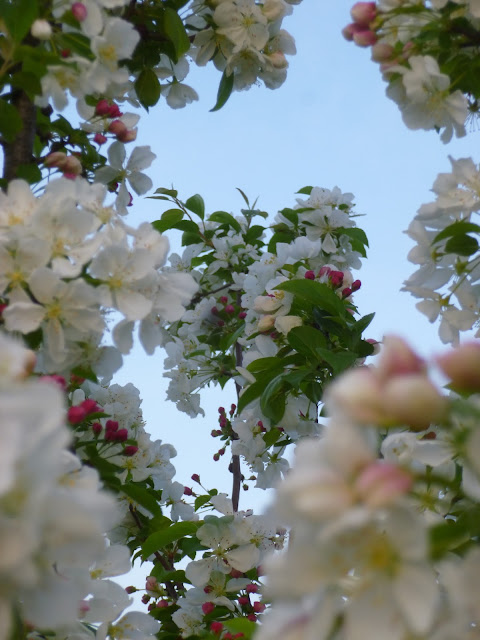 PS - These flowers have a delicious, heady fragrance that wafts across the yard and is intoxicating up close! Also, these flowers attract pollinators 😊

Last month, temperatures were in the 70s and 80s in Middle Tennessee.

(Of course, that was the week I was down in Florida visiting my Dad and my brother.)

Trees started budding and leafing, perennials started emerging early from their winter naps and I rushed to some local nurseries to stock up new plants for the garden.

Spring was in the air!

And then it wasn't.

Last night, the low bottomed out near 20 degrees Fahrenheit. Highs have been stuck in the 30s the past couple of days (more than 20 degrees below normal). We're supposed to dip down to around 20 again tonight before temperatures start recovering to more seasonal levels.

I wandered around the garden this afternoon and happily most of the plants - both new additions and established stalwarts - seem to be taking the cold snap in stride.

I don't have pics from today to share, but I did want to share images from last Saturday morning when we awoke to a sudden morning snow squall that had not been in the forecast. It melted hours after it fell, but it was beautiful while it lasted. Enjoy!

It's been a relatively warm winter here in Tennessee, as in most of the Eastern U.S.

In fact, I just heard that Nashville tied its second-warmest February on record.

We did have one cold snap (8 to 12 degrees Fahrenheit) in January, but generally it's been balmy.

So it's no surprise that the daffodils popped up a few weeks early.

Trees and shrubs are ahead of schedule too, but many deciduous trees are still bare and leafless.

Nonetheless, there are exceptions.

If you're going to leaf out that early, you have to be prepared for some chilly nights. Indeed, the clove currant foliage seemed undamaged by four or five nights in the mid-20s.

(Clove currant is a North American native, but it's not native to Tennessee. The closest native population is a few hundred miles west in Arkansas. That said, it seems well-adapted to life here in the Nashville area. By contrast, other exotic plants from more distant climes - like chaste tree or crape myrtle - leaf out much later, but their tender leaves are still very susceptible to late frosts and freezes.)

I've only been growing clove currants for a couple of years. Last year, they survived but languished on a steep clay hillside, so I transplanted them to a more congenial setting a few months ago. They seem happier now and one of them even has some flower buds, so I'm hoping for perhaps at least a few currants this year! :)

As for other early re-leafers, the crabapple tree has started unfurling its leaves over the past week.

How about in your garden? Which are the first deciduous trees and shrubs to produce new foliage and/or flowers? And do you have exotics in your garden whose leaves are vulnerable to sudden spring cold snaps?