OK, it's not quite May yet (ergo I can't call these "May flowers"), but the recent torrential downpours we've been receiving in Middle Tennessee and throughout the South seem to be unleashing pent up Spring energy. Suddenly numerous flowers dot the garden landscape with a brilliant backdrop of lush green foliage.

Here are some of the late April highlights at Garden of Aaron:

So What's the Damage?

The weekend of April 12th, temperatures topped out near 80 degrees (Fahrenheit). Then a cold front came crashing through - two nights in the mid-30s and one night where temperatures dipped all the way to 28 degrees Fahrenheit in our neighborhood. (I foreshadowed this cold snap in a blog post last week.)

In true Darwinian style, I left most plants uncovered and unprotected to fend for themselves.

Remarkably and encouragingly, most pulled through without any problems. Here's a list of the ones that laughed off the cold and the few where winter got the last laugh.


Little or No Damage:


- Phlox paniculata
- Platycodon, Balloon Flower (covered one clump with an overturned pot, but the control clump that was not covered looks fine too)
- Polystichum acrostichoides, Christmas Fern (newly planted)
- Rhus aromatica, Fragrant Sumac, "Gro-Low" (buds seem fine, there may be a little foliar damage on some emerging leaves, but I think the majority of emerging foliage seems fine at this point)

- Agastache rugosa, Honey Bee Blue (perhaps 30% of foliage seems damaged/killed on newly installed plants)
- Aucuba japonica (established leaves seem fine, some of the of emerging new growth may have been damaged)
- Buxus sempervirens, Hardy Boxwood (established leaves seem fine, but new growth seems limp and damaged, I suspect I'll need to break out the pruning shears and give the Boxwoods a haircut back to healthy growth)

- Cephalotaxus harringtonia, Japanese Plum Yew, "Prostrata" (established foliage seems fine, it looks as though the new growth may have been damaged, but I'm not familiar enough with this newly-installed plant to diagnose the degree of damage with any certainty)

- Lagerstroemia indica, Crape Myrtle (most newly emerging foliage looks dead and blackened, fortunately several trees had not yet started to leaf out, interestingly foliage on a few branches of one Natchez crape seems fine, even though foliage on other branches seems dead!)

So that's the story.

Winter Gets in One More Punch

Wednesday night could see a chilly 38.


It's the frosty Tuesday night forecast that's got me concerned. The warm weather over the past few days (temperatures around 80 degrees Friday, Saturday and Sunday) induced many of the plants that had stayed safely dormant through an interminable winter to unfurl new leaves and flowers.

I'm worried there will be significant damage to all this tender new growth if and when temps dip below freezing tomorrow night.

Typically, I aspire to be a Darwinian gardener, prizing plants tough enough to survive on their own. But this time, I think I might just intervene a wee bit and use overturned clay pots to cover Balloon Flower and Baptisia australis.

Do you have any experience with late frosts and freezes?

If so, which of your plants have come through unscathed and which have suffered major (or minor) damage?

I took lots more photos this evening. Stay tuned for another post toward the end of this week showing which plants sailed through without a scratch and which ones took it on the chin.

Tulip Extravaganza! (And Dogwoods too)

This morning we visited Cheekwood Botanical Gardens in Nashville.

Cheekwood has been going all out with tulips the last couple of years. Last year, they claimed 50,000 bulbs. This year, they upped the ante and doubled the count to a neat 100,000!

Here are some highlights from our visit - plenty of tulips, but also some dogwoods and ... 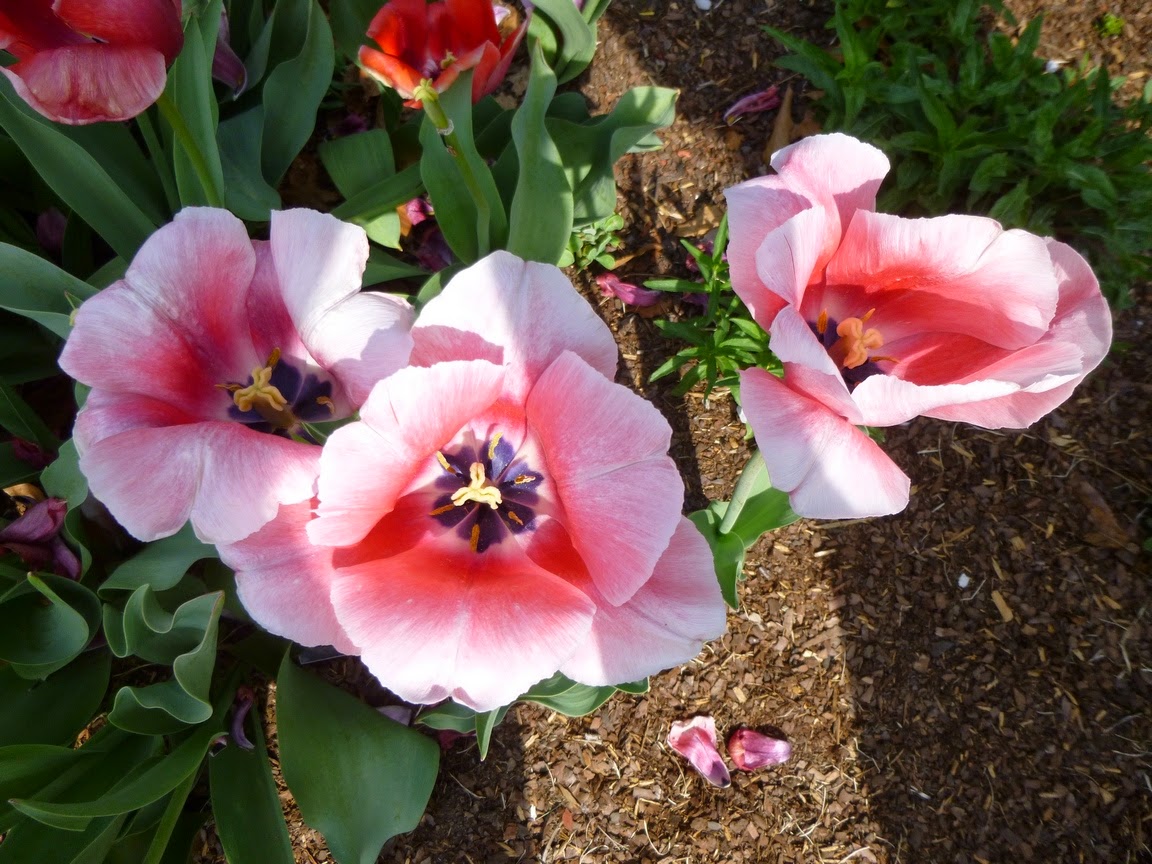 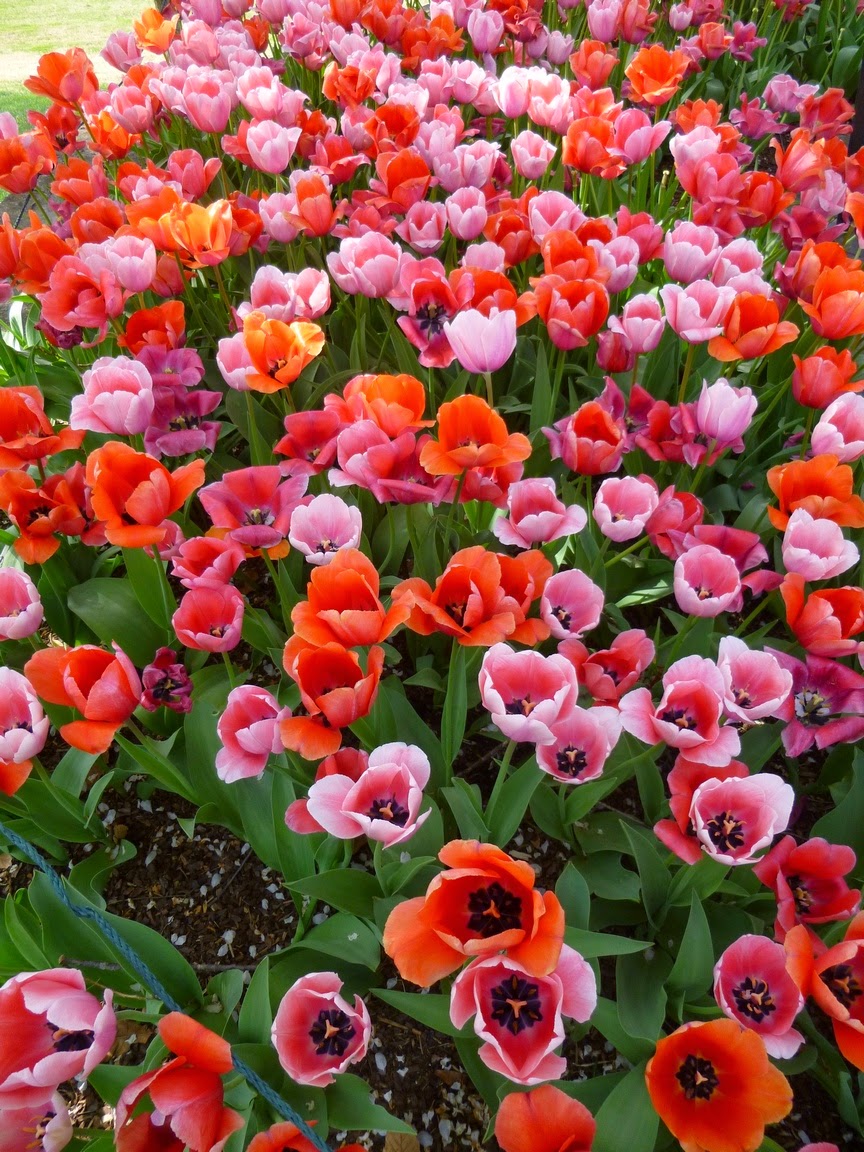 And it wasn't all about the tulips at Cheekwood. The garden has an impressive collection of dogwoods, many of which were in bloom. Our favorite was Cherokee Chief: